Pollo Campero El Salvador, is a company that belongs to the division of Corporación Multi Inversiones restaurants. Its origins date back to the 1970s, specifically to 1971 when she was born in Guatemala and a year later began operations in El Salvador, under the direction of a group of Guatemalan businessmen led by Mr Dionisio Gutiérrez, founder of the company, linking his vision with the objective of creating a new concept of taste and better care to customers.

No doubt all have heard its motto of tender, juicy and crisp and we have tested it on many occasions its unique taste, even many compatriots who come to visit their relatives decide to pass by Pollo Campero El Salvador and invite your loved ones to taste it.

However, in recent years Pollo Campero has grown a lot, by opening more branches throughout the country and also thinking big to expand to other countries; This is a process that began in the 1990s, when there was growth in Latin America.

For the year 2002 Pollo Campero managed to enter United States and managed an immediate acceptance, especially of our compatriots who remembered it as a nostalgic product that could consume in El Salvador. The first restaurants opened managed to break records of sales in the industry.

After joining United States, Pollo Campero managed to reach other markets in Europe and Asia with the opening of Pollo Campero restaurants in Spain (2006), China and Indonesia (2007) and soon the Middle East and India. It currently has a presence in 12 countries around the world through its franchises and serves more than 80 million customers annually through a network of more than 300 restaurants.

It is also considered as the fast food of Latin origin more important in the world and is characterized by the link emotional that it manages to establish with consumers, in addition to its unmistakable flavor to traditional chicken, which is accompanied by options menu for lunch, breakfast and dinner. In turn, this restaurant chain sells the brand of Spanish origin, Telepizza, which focuses its products using fresh ingredients.

In this chain of restaurants there are a variety of options.

It offers complete breakfast options, start your day in the best way, it includes:

It is the traditional product offering, marinated chicken and breaded to perfection offering a complete experience of flavor in every bite.

You can enjoy sandwiches and burgers prepared with 100% fillet chicken breast and the freshest ingredients.

They are a fresh and appetizing combination of delicious vegetables with unique and juicy chicken, accompanied by delicious toppings.

It is a product designed especially for the smaller House, each camper Loncherita includes toy, potatoes, small gas.

These are Add-ons that can be purchased to accompany your menu.

If you want to know what exactly is each of the menus above, you can visit the following link.

Pollo campero has presence in the 14 departments of El Salvador, its branches are located in the following places:

If you do not want to leave the House, you can also dial the number for your order of free-range chicken or pizza delivery door to door, by dialing the number: 2273-6000

If apart from like the Pollo Campero also would like to be part of the company and serve clients, then you can go to the nearest branch and speak with the Manager of the restaurant. 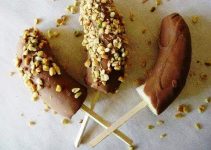